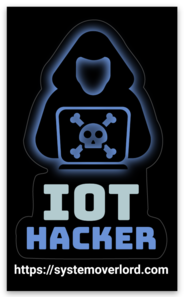 Today I’m giving a talk in the IoT Village at DEF CON 26. Though not a “main stage” talk, this is my first opportunity to speak at DEF CON. I’m really excited, especially with how much I enjoy IoT hacking. My talk was inspired by the research that lead to CVE-2017-17704, but it’s not meant to be a vendor-shaming session. It’s meant to be a discussion of the difficulty of getting physical access control systems that have IP communications features right. It’s meant to show that the designs we use to build a secure system when you have a classic user interface don’t work the same way in the IoT world.

The TL;DR of it is that encryption (particularly with a key hardcoded in the device firmware) does not guarantee authenticity and that an attacker can forge messages triggering behavior on the door access controller. What’s more interesting is to discuss how to fix this problem in product designs going forward.

Getting encryption right is hard at the best of times. Doing it in a way that allows reasonable management of the devices, with proper authentication of connection, when you have devices that may not have hostnames (or if they do, may be internal only hostnames), that don’t have classic user interfaces, that may fail and need to be replaced, is very hard.

It’s also worth noting that the amount we should care about security really does depend on the product involved. While I don’t deny that an RCE in a light bulb could become part of a botnet, authentication bypass in an access control system is pretty scary. It literally has one job: to deny unauthorized access. Having the ability to bypass it over the network is clearly impactful.

I hope my talk will inspire conversations about how to do network trust among networks of embedded & IoT devices. As security professionals, we haven’t offered the device developers the tools to bootstrap the trust relationships in the real world. Here’s to hoping that next year, I can be discussing a different type of bug.

PDF: I’m the One Who Doesn’t Knock: Unlocking Doors From the Network