This is the 3rd, and final, post in my Hacker Summer Camp 2016 series. Part 1 covered my class at Black Hat, and Part 2 the 2016 BSidesLV Pros versus Joes CTF. Now it’s time to talk about the capstone of the week: DEF CON.

DEF CON is the world’s largest (but not oldest) Hacker conference. This year was the biggest yet, with Dark Tangent stating that they produced 22,000 lanyards – and ran out of lanyards. That’s a lot of attendees. It covered both the Paris and Bally’s conference areas, and that still didn’t feel like enough.

DEF CON is also what I measure my year by. You can have your New Year’s, I measure mine from August to August (though apparently next year it’ll be the end of July…). Probably the single biggest regret in my life is that I didn’t find a way to go to DEF CON before DEF CON 20. The people and experiences there are memorable and well worth it.

I don’t talk about it a whole lot, but I actually have pretty bad social anxiety. I do a terrible job of talking with people I don’t know, introducing myself to people, etc. At most events, I’m what you would call a “wallflower”. That doesn’t combine very well with 22,000 people. That especially doesn’t combine well with the chokepoints in a number of places, especially the packet capture village. It was hard to get through the week, but I told myself I wasn’t going to let my social anxiety ruin my con, and I think I did a good job of that.

So, since DEF CON 21, I’ve always played in Capture the Packet. At DC22, I even managed a 2nd place overall finish (just one spot away from the coveted black Uber badge). This year, I went back to play and discovered major changes:

On the other hand, they had serious gameplay issues that really makes me regret spending so much of my con this year on Capture the Packet. These include:

Combining the problems with questions and the lowered submission limits, it meant that several times we were locked out of questions just because it wasn’t clear what format the answer should be or how much data they wanted. The organizers clearly need to:

I’m actually amazed that Aries Security is able to sell CTP as a commercial offering for training to government and companies. It’s a wonderful concept and they try hard, but I’m so disappointed in the outcome. I spent ~12 hours sitting in the CTP area, but only 6 of those were actually playing. The other 6 were waiting for games to start, and then the games were disheartening when they didn’t work correctly. I’ll probably play again next year, but I really hope they’ve put some polish on the game by then.

As usual, DEF CON had a variety of parties to choose from. Most importantly, I got my hit of Dual Core in at the Friday night EDM night, and spent a little bit of time at the Queercon pool party. (Though it was too hot and humid to spend much time by the pool unless you were in the pool, and I’m not someone anyone wants in the pool…) 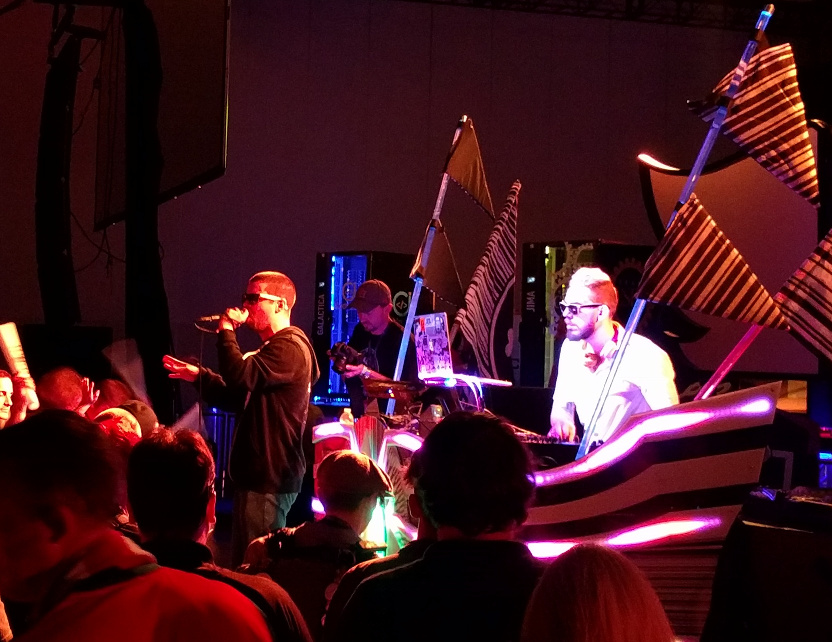 Just keeping track of all of the parties has become a major task, but the DCP guys have you covered there. I’d love to see some more parties that are a little more “chill”: less loud music, more just hanging out and having a drink with friends. (Or maybe I was just at all the wrong ones this year.)

I can’t wait for next year – DEF CON 25 promises to be big, and we’re moving over to Caesars (2 years is all we got out of Bally’s/Paris). I’m trying to come up with ideas of how I can make my own personal DEF CON 25 bigger and better, without ripping off ideas like the AND!XOR badge, but I want to do something cool. Suggestions to @Matir or find my email if you know me. :) Hopefully I’ll see all of you, my hacker friends, out in Las Vegas for another fun Hacker Summer Camp.