One of my friends was recently asking me about some of the tools I use, particularly for security assessments. While I can’t give out all of these things for free Oprah-style, I did want to take a moment to share some of my favorite security- and technology-related tools, services and resources. 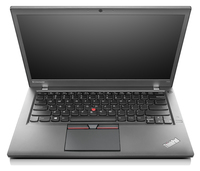 My primary laptop is a Lenovo T450s. For me, it’s the perfect mix of weight and processing power – configured with enough RAM, the i5-5200U has no trouble running 2 or 3 VMs at the same time, and with an internal 3-cell battery plus a 6-cell battery pack, it will go all day without an outlet. (Though not necessarily under 100% CPU load.) Though Lenovo no longer sells this, having replaced it with the T460s, it’s still available on Amazon. 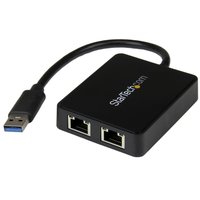 The StarTech.com USB 3.0 dual gigabit ethernet interface allows one to perform ethernet bridging or routing across it, while still having the built-in interface to connect to the internet. If you don’t have a built-in interface, it still gives you two interfaces to play with. Each interface is an ASIX AX88179 chip, and you’ll also see a VIA Labs, Inc. Hub appear when you connect it, giving some idea of how the device is implemented: a USB 3.0 hub, plus two USB 3.0 to GigE PHY chips. I haven’t benchmarked the interface (maybe I will soon) but for the cases I’ve used it for – mostly a passive MITM to observe traffic on embedded devices – it’s been much more than sufficient. 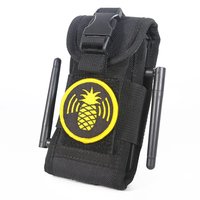 The WiFi Pineapple Nano is probably best known for its Karma trickery to impersonate other wireless networks, but this dual radio device is so much more. You can use it to connect one radio to a network and the other to share out WiFi, so you only have to pay for one connected device. In fact, you can put OpenVPN on it when doing this, so all your traffic (even on devices that don’t support a VPN, like a Kindle) is encrypted across the network. (Use WPA2 with a good passphrase on the client side if you want to have some semblance of privacy there.)

The LAN Turtle is essentially a miniature ARM computer with two network interfaces. One of those interfaces is connected to a USB-to-Ethernet adapter, resulting in the entire device looking like an oversized USB-to-Ethernet adapter. You can plug this inline to a computer via USB and have an active MITM on the network, all powered from the USB port it’s plugged into. This is a stealthy drop box for access on an assessment. (I haven’t tried, but I imagine you can power it from a wall-wart and just plug in the wired interface if all if you need is a single network connection.) My biggest complaint about this device is that it, like all of the Hak5 hardware, is really not that open. I haven’t been able to build my own firmware for it, which I’d like to do, rather than just using the packages available in the default LAN Turtle firmware. 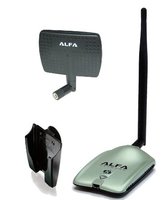 The ALFA AWUS036NH WiFi Adapter is the 802.11b/g/n version of the popular ALFA WiFi radios. It can go up to 2000 mW, but the legal limit in the USA is 1000 mW (30 dBm), and even at that power, you’re driving further than you can hear with most antennas. I like this package because it comes with a high-gain 7 dBi panel antenna and a suction cup mount, allowing you to place the adapter in the optimal position. Just in case that’s not enough, you can get a 13 dBi yagi to extend both your transmit and receive range even further. Great for demonstrating that a client can’t depend on physical distance to protect their wireless network.

Oh man, I could go on for a while on books… I’m going to try to focus on just the highlights. 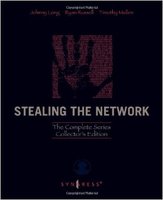 There’s a number of books containing collections of anecdotes and stories that help to develop an attacker mindset, where you begin to think and understand as attackers do, preparing you to see things in a different light:

For Assessments, Penetration Testing, and other Offensive Security practices, there’s a huge variety of resources. While books do tend to become outdated quickly in this industry, the fundamentals don’t change that often, and it’s important to understand the fundamentals before moving on to the more advanced topics of discussion. While I strongly prefer eBooks (they’re lighter, go with me everywhere, and can be searched easily), one of my coworkers swears by the printed material – take your pick and do whatever works for you.

I’m not much of a blue teamer, so I’m hard pressed to suggest the “must have” books for that side of the house.

I have to start with DigitalOcean. Not only is this blog hosted on one of their VPS, but I do a lot of my testing and research on their VPSs. Whenever I need a quick VM, I can spin one up there for under 1 cent per hour. I’ve had nearly perfect uptime (my own stupidity outweighs their outages at least 10 to 1) and on the rare occasion I’ve needed their support, it’s been absolutely first rate. DigitalOcean started off for developers, but they offer a great production-quality product for almost any use.